Here are some (BUT NOT ALL!) gear pieces you can use in Dustwind 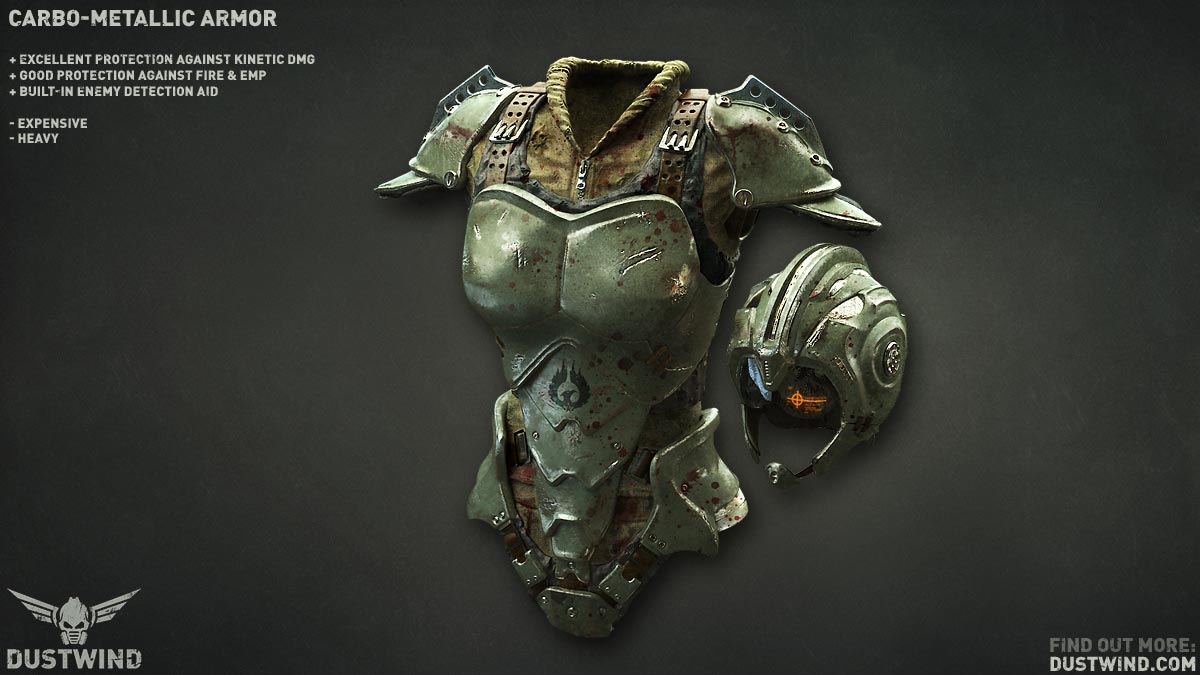 A state-of-the-art elite forces armor made from the most advanced materials. Carbo-Metallic compounds are extremely durable, heat-resistant, and non-conductive. Thus, the suit offers very good protection not only from kinetic projectiles but also from thermal and energy weapons. A built-in target aquisition & alert system helps spotting hostile targets on the battlefield. The only drawbacks are it´s weight and price. 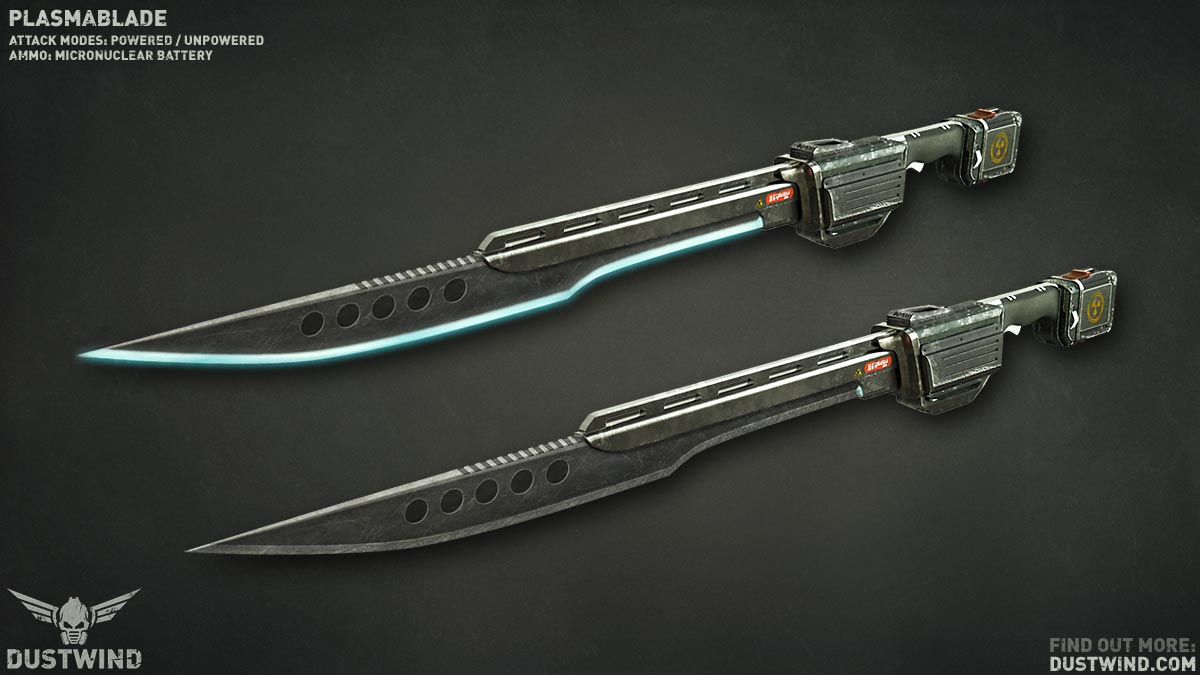 This experimental blade draws its power from a standard-issue micronuclear power source, which is attached to the back of the device and can be easily replaced in field conditions. When the trigger is pressed, the ion emitter projects a form-constrained positron wave capable of instantly disrupting molecular bonds in almost any material, slashing through hardened steel like a hot knife through butter. Should the user run out of ammo or simply want to conserve it, they can always use the blade in unpowered mode. 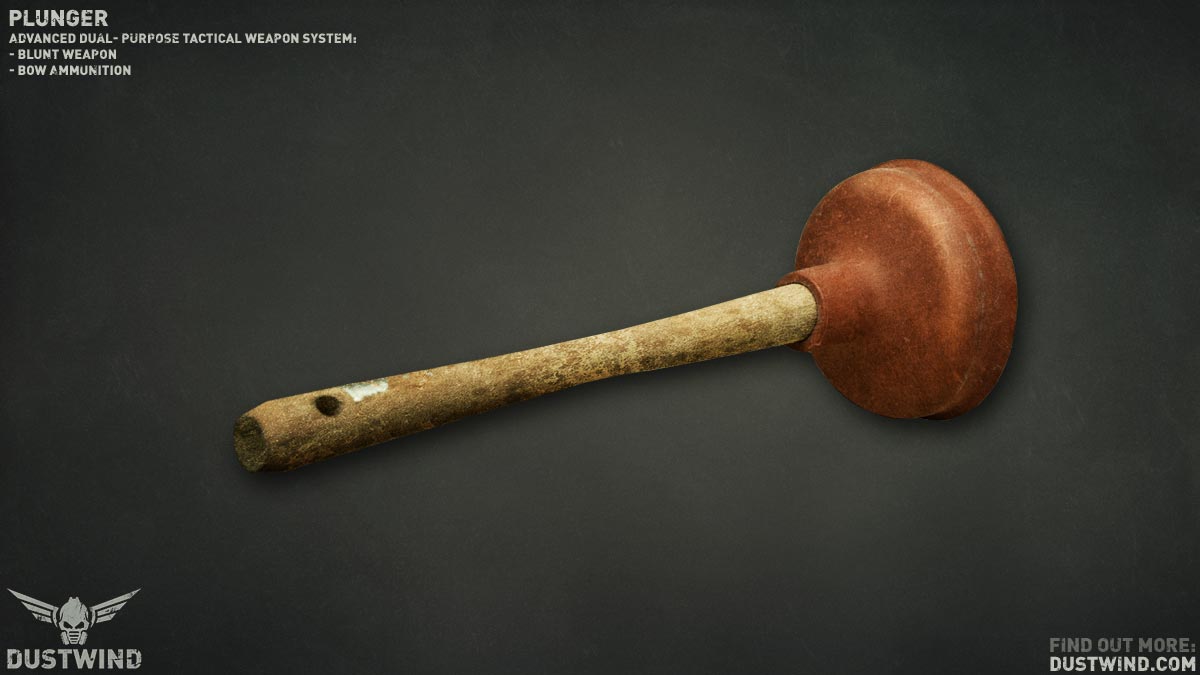 This is a POWERFUL WEAPON OF DOOOOM!! Can be used as a blunt weapon, or as ammunition for the compound bow. If you want to show someone that they got REKT, use plungers. 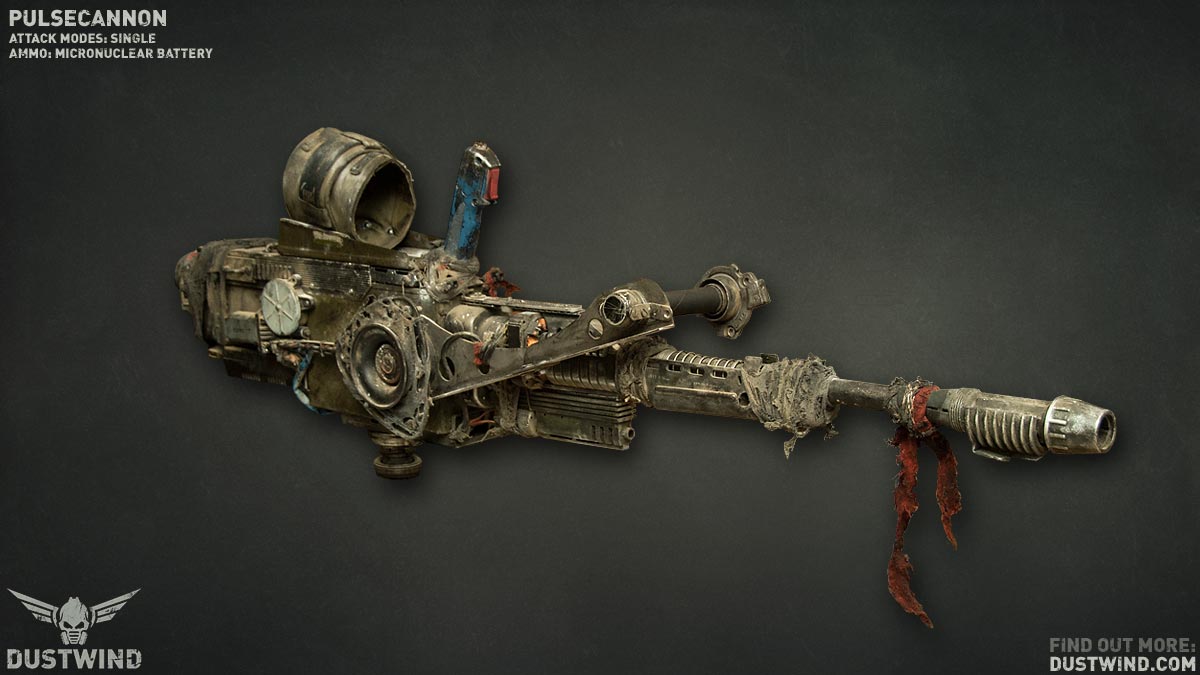 Designed and assembled in a rush during the Final War specifically for the purpose of enabling human infantry to annihilate large robots, this experimental GED (Guided Electric Discharge) weapon can easily penetrate almost any armour, fry the electronics inside a machine, or make the innards of a living creature evaporate all the same. However, since there was not much time left for optimization, it really needs a lot of power to produce what is essentialy lightning bolts, burning through a soldier´s ammo reserves in no time. During the war, heavy pulsecannon operators were accompanied by another soldier carying additional ammunition. So it is cumbersome, heavy, and slow, and hungry. But hey – lightning bolts!! 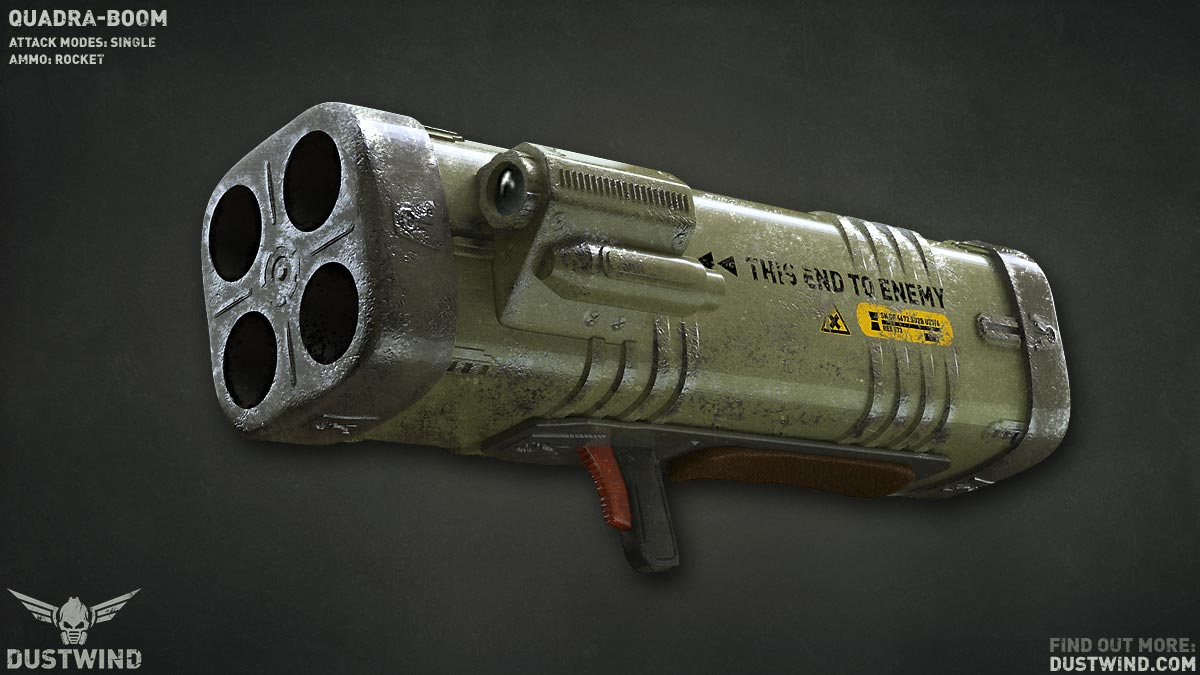 What can be better than a bazooka? A bazooka with four barrels, of course! This is exactly what Konrad van Boom, the genius weapon designer from before the war thought one beautiful morning. And viola, the Quadraboom was invented to terrify infantry and vehicles alike. 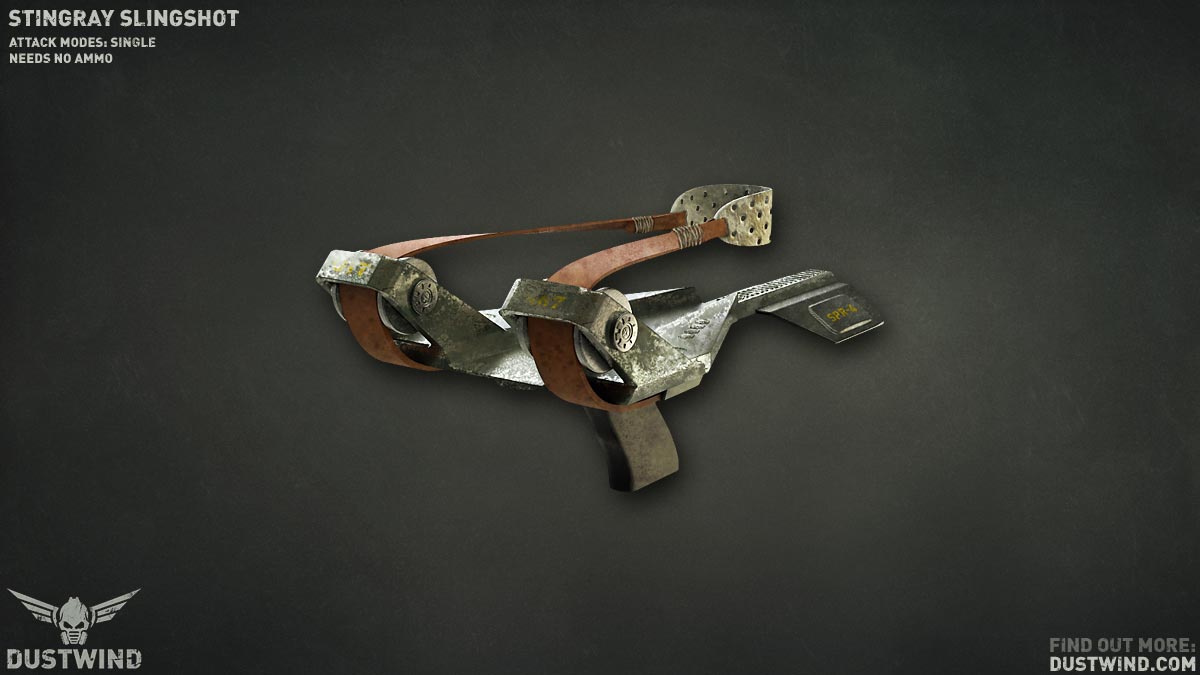 Since it can use any small piece of junk lying around as ammo, the slingshot is about the most economic ranged weapon imaginable. And don´t be fooled: if used properly, it can punch holes into enemie´s skulls just like a small firearm. 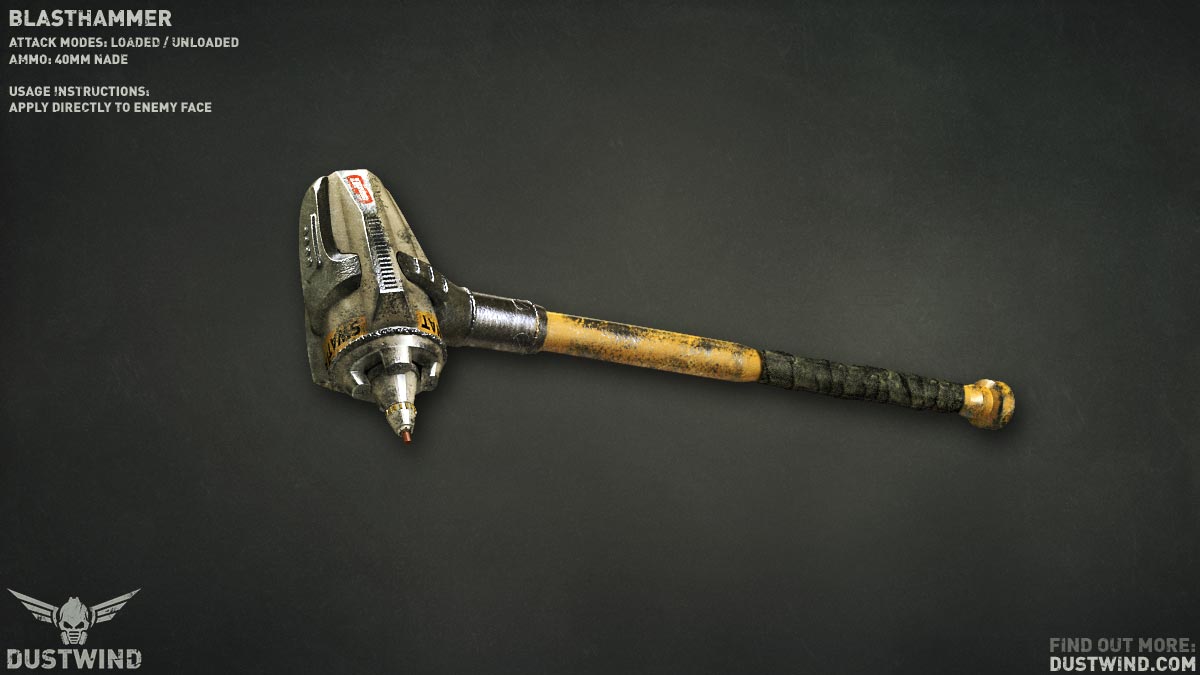 Used by police and military units to breach doors in the old world, this massive sledgehammer can be outfitted with a 40mm grenade, which explodes upon impact, generating a powerful directional blastwave. Apply directly to enemy face! 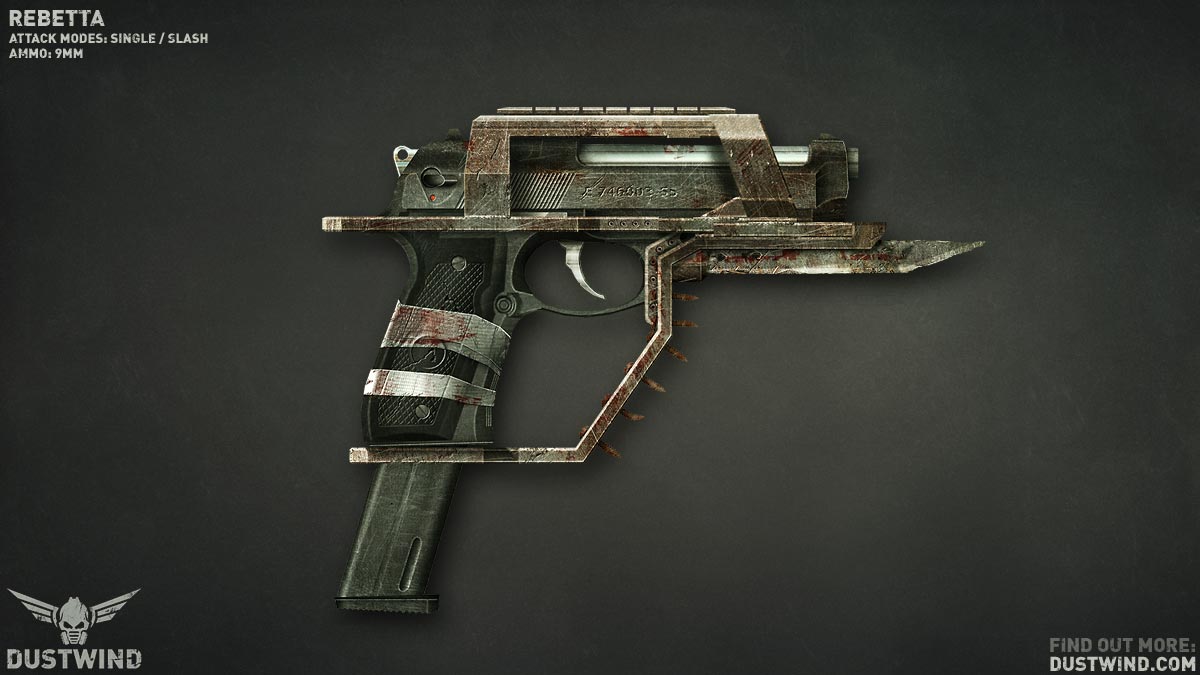 This pre-war 9mm pistol has been outfitted with a handy metal cage-n-blade construction, which makes it good for both shooting and slashing whose ever mutated visage you feel might need some quick and painful plastic surgery. A nice compact sidearm. 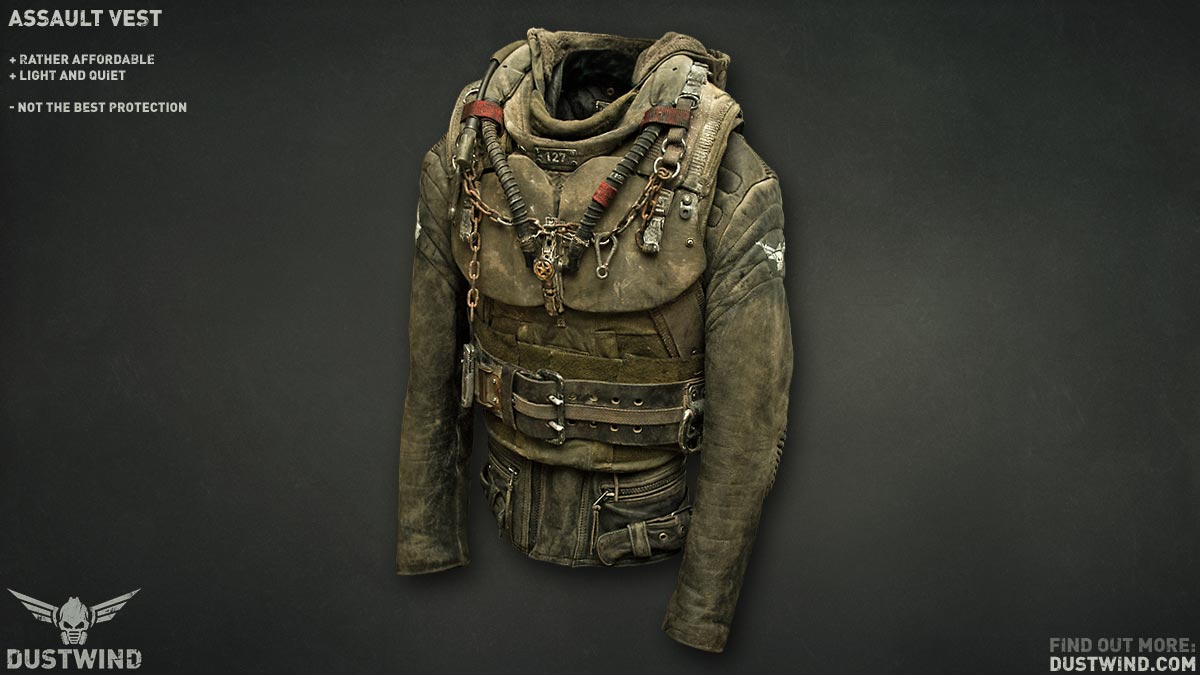 Twice-repaired and thrice-reworked, this used to be a light police vest a long time ago. Since then, it has been reinforced with a few more layers of para-aramid fabric as well as some leather parts. It offers some protection without being heavy or noisy. 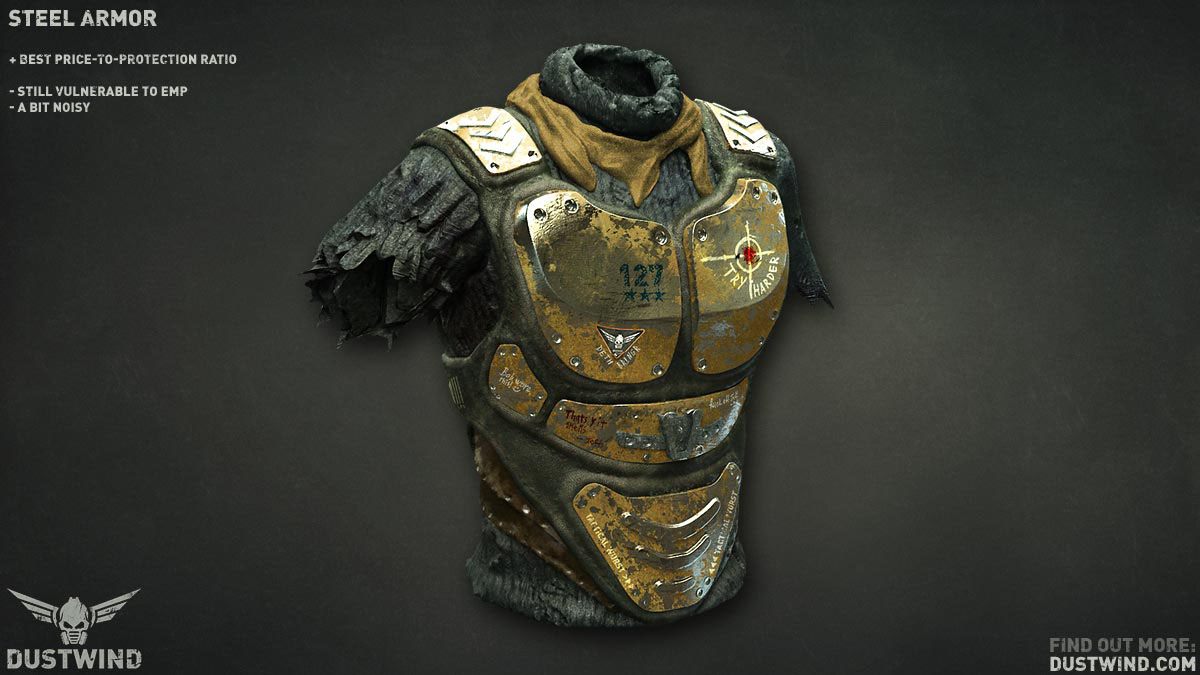 This armour was designed and manufactured after the end of days. It consists of a padding layer, multiple hidden para-armid fabric layers and 1mm hardened steel plating on the outside. It is just a bit heavy and noisy, but all in all its weight-to-protection ratio and an affordable price make it a popular choice. 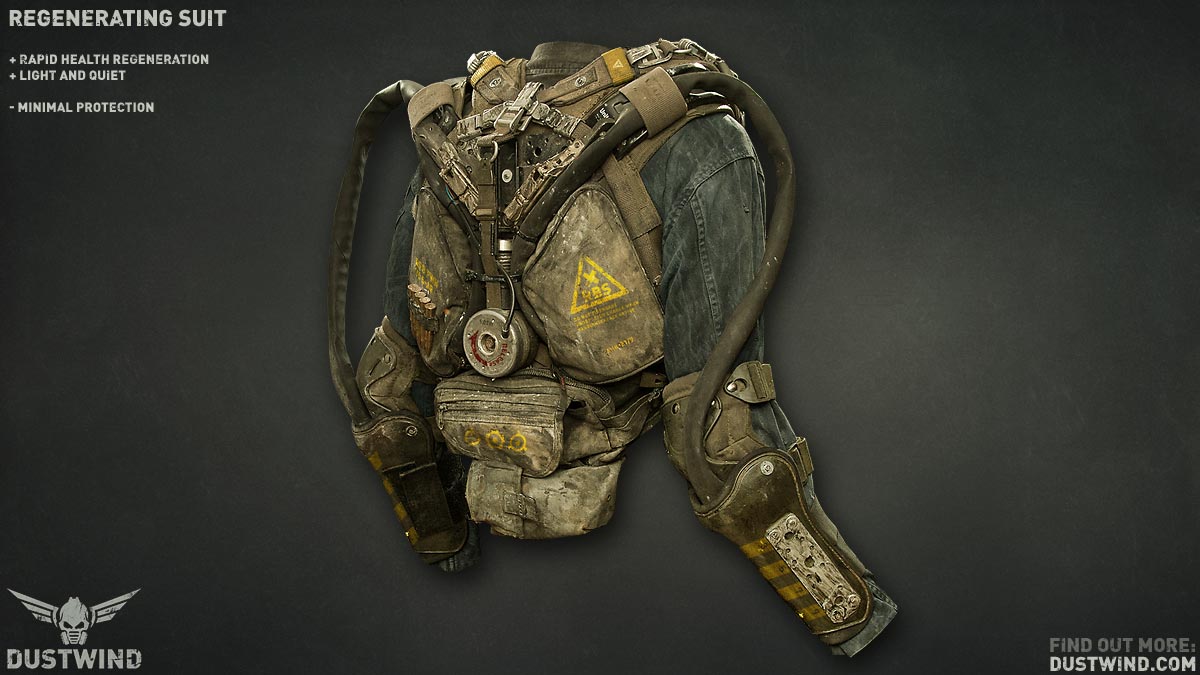 This suit might not give you more protection than a leather jacket, but it will provide you with nanobots circulating your bloodstream, allowing for a rapid regeneration speed which can otherwise not be achieved in humans. 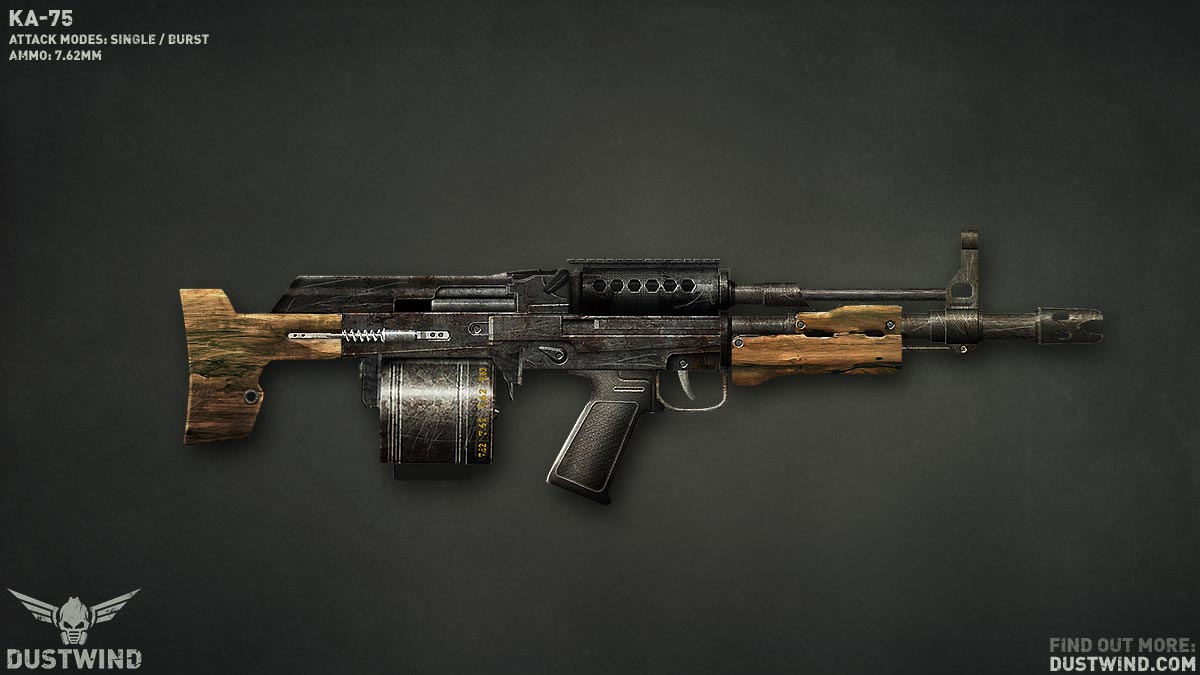 Kurkova Avtomat, a russian assault rifle first produced in 1975, has gained a huge popularity due to it´s low cost, reliability, and a good balance of features. The drum magazine can hold a lot of heavy but affordable 7.62mm ammuniton. Precise mid-rage single shots and devastating five-shot bursts are a recipe for high versatility. All in all, this is a solid, easy-to-use, no-frills assault weapon. 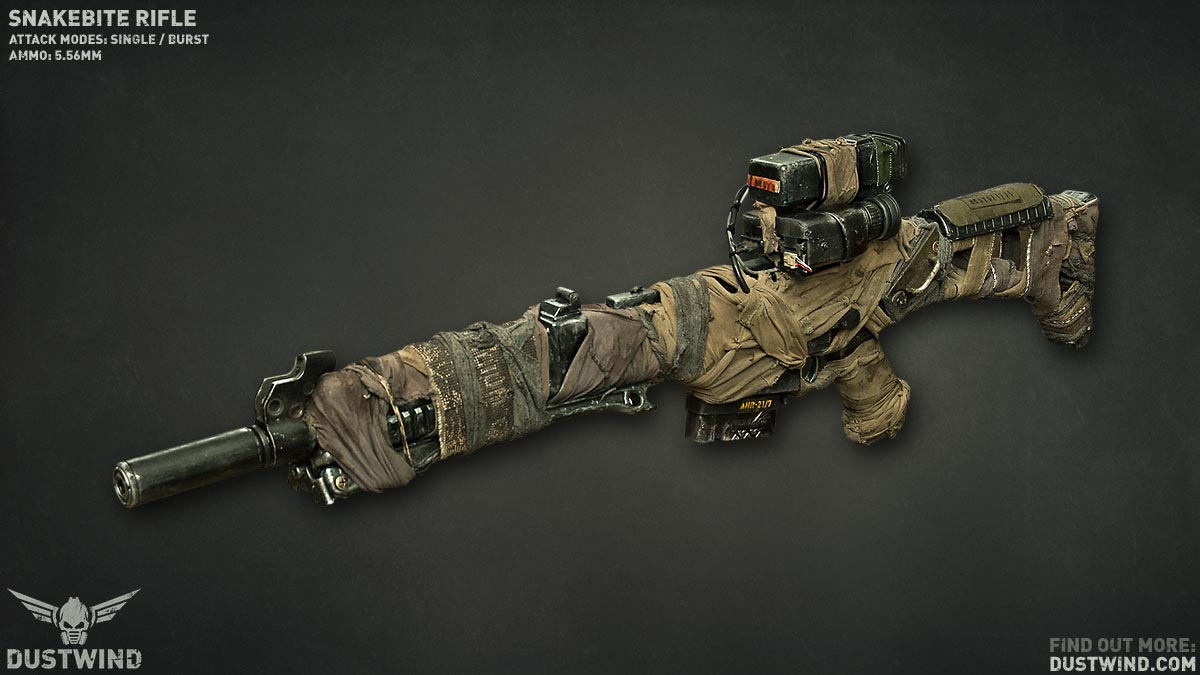 Fast and mean, like a snake. This rifle is best suited for eliminating single targets at average-to-long distances. It´s use of the 5.56mm ammunition and a brilliant recoil reduction system allow for very precise 3-shot bursts. A retrofitted scope array consits of an infra-red scope and a normal-spectrum 3x digital scope, alowing a lot of comfort when aquring targets. The only drawback is the small magazine, which makes bursts more of an emergency option. 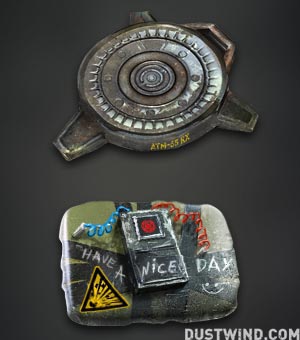 These mines were designed to take out vehicles and infantry alike. If you kick one of these, you will have a below-average day. Just set it up and wait for them to step on it! Can also be placed on entities such as doors, dead bodies, etc. as a boobytrap – then it explodes when the body is searched for example.

The remote bombs are very powerful and can be detonated either one by one, or ALL at once. Even if you get killed, you still can detonate the bombs, sending your enemies that might still be standing near one of them a final greeting from hell! 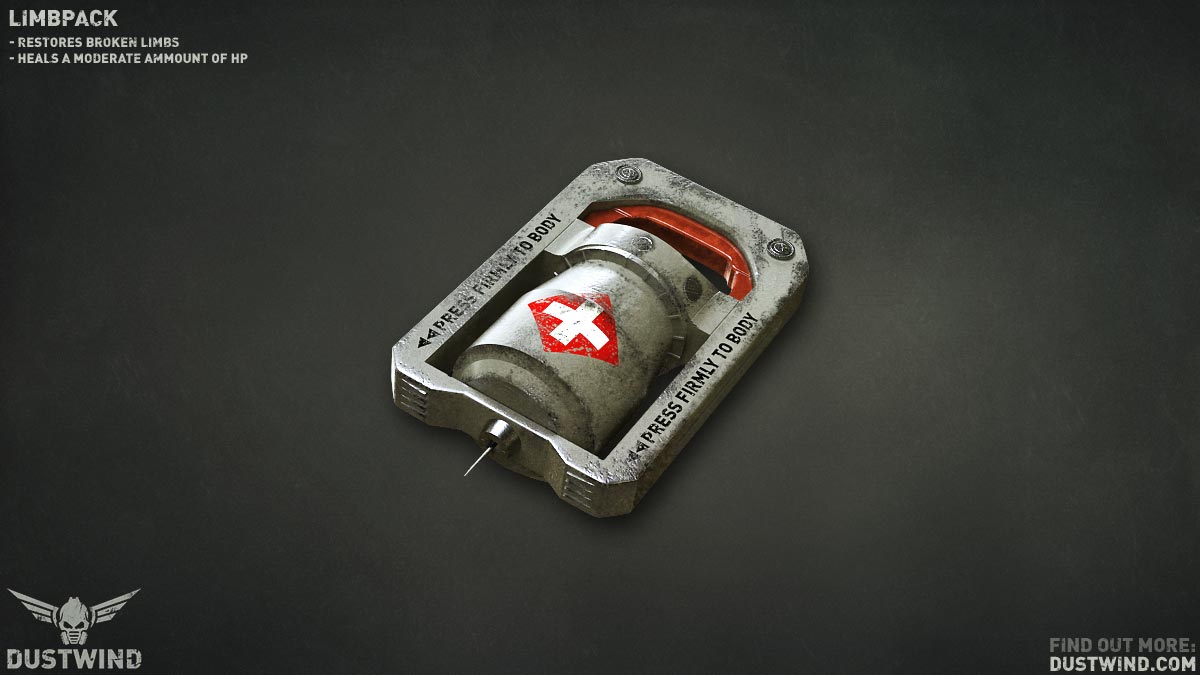 A powerful nanobot-infusion designed specifically to heal broken limbs. One use only. 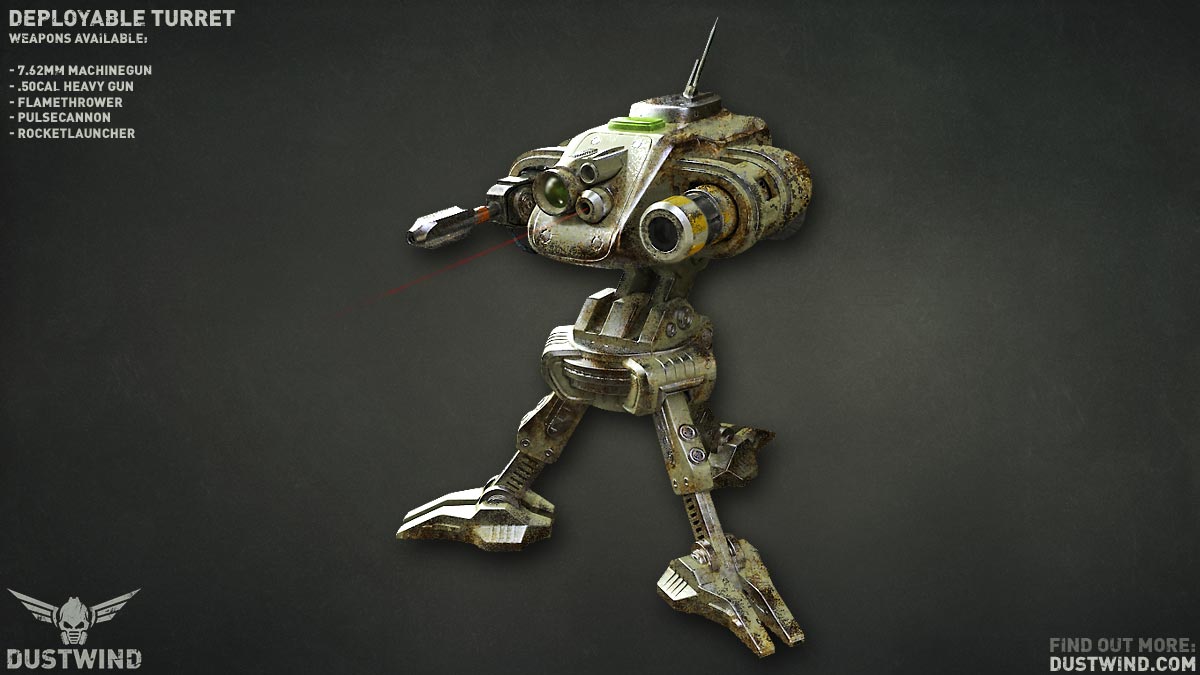 A dual-slot turret model. The guns mounted on a given turret can be of the same type or of different types, making it very adjustable. Unfortunately, there is no way to change the loadout in the field – it can only be done in factory conditions.

In addition to a laser targeting system the turret also has infrared, ultraviolet, and visible-specrum light sensors, which help it detecting stealthy units. 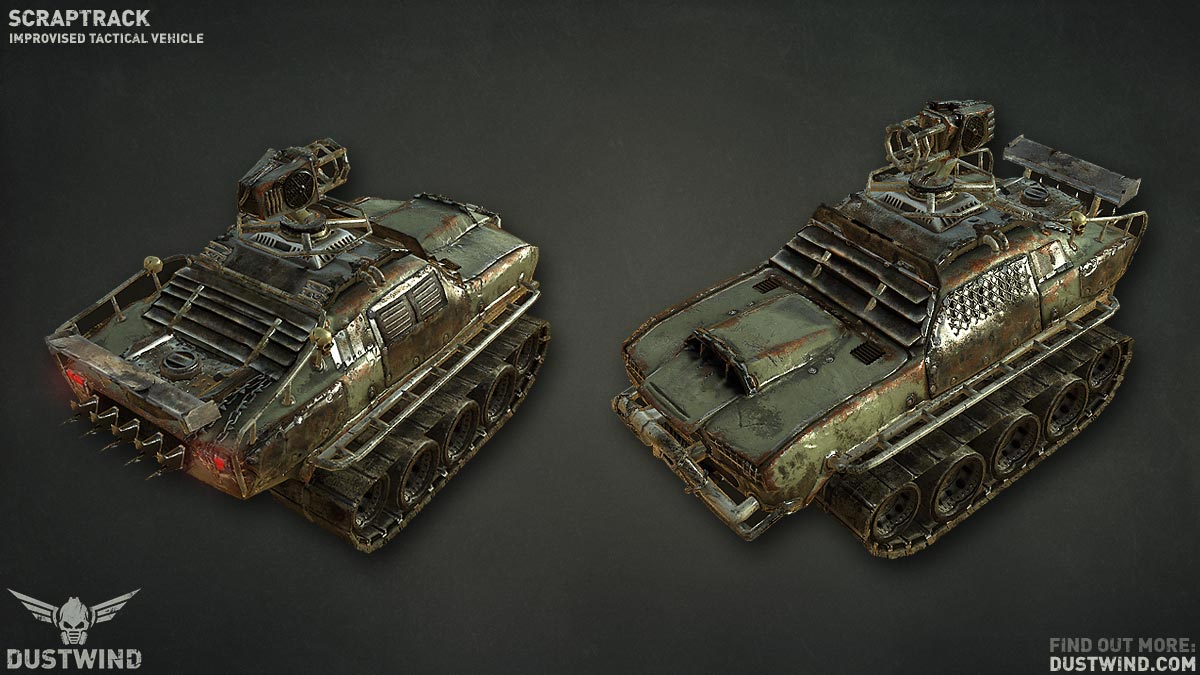 Created by wasteland mechanics from a pre-war light tank and the rests of a large muscle car, this vehicle is very universal. It is tough, but also fast for it´s size and weight, traveling easily across almost any terrain. It can carry and protect up to four passengers, and has a huge trunk to store items in. A roof-mounted universal gun mount is controlled by the gunner from inside the vehicle, and can be outfitted with any weapon that would go onto a turret (see above). All in all, a very good car for the everyday drive to the city!


…And more stuff you can use to pwn your friends & enemies 🙂